about finding your own values

Quadro Gallery is a modern art gallery in Cluj founded in 2008, in recognition of the fact that the 20th century has bequeathed us a vast and rich regional artistic heritage which is neither very well known, nor is it sufficiently exhibited and promoted.

The gallery has succeeded in coagulating a consistent public and in gathering important collectors around its events, which they consider to be the most important result of their activity, entitling us to believe that the gallery is also a factor of social cohesion and development.

In 2017 they decided to move to a new location and re-open as “the smallest cultural centre” encompassing two galleries (Quadro and Quadro21) and a café/shop. While searching for the new location we got to know the owner, Székely Sebestyén, and started discussions about the galleries’ position within the city’s cultural context.

One discussion led to the other. Professionals in their field, completely encompassed by their artistic activities, as one does, usually have very clear directions in their minds: what their vision is, what they main goals are, what exactly they want to achieve within their own field. The challenge was to bring these crucial values closer to the eyes of culture consumers, more specifically to a new generation eager to learn, explore, and be amazed. In retrospective we could say that it was the appropriate packaging they were after. 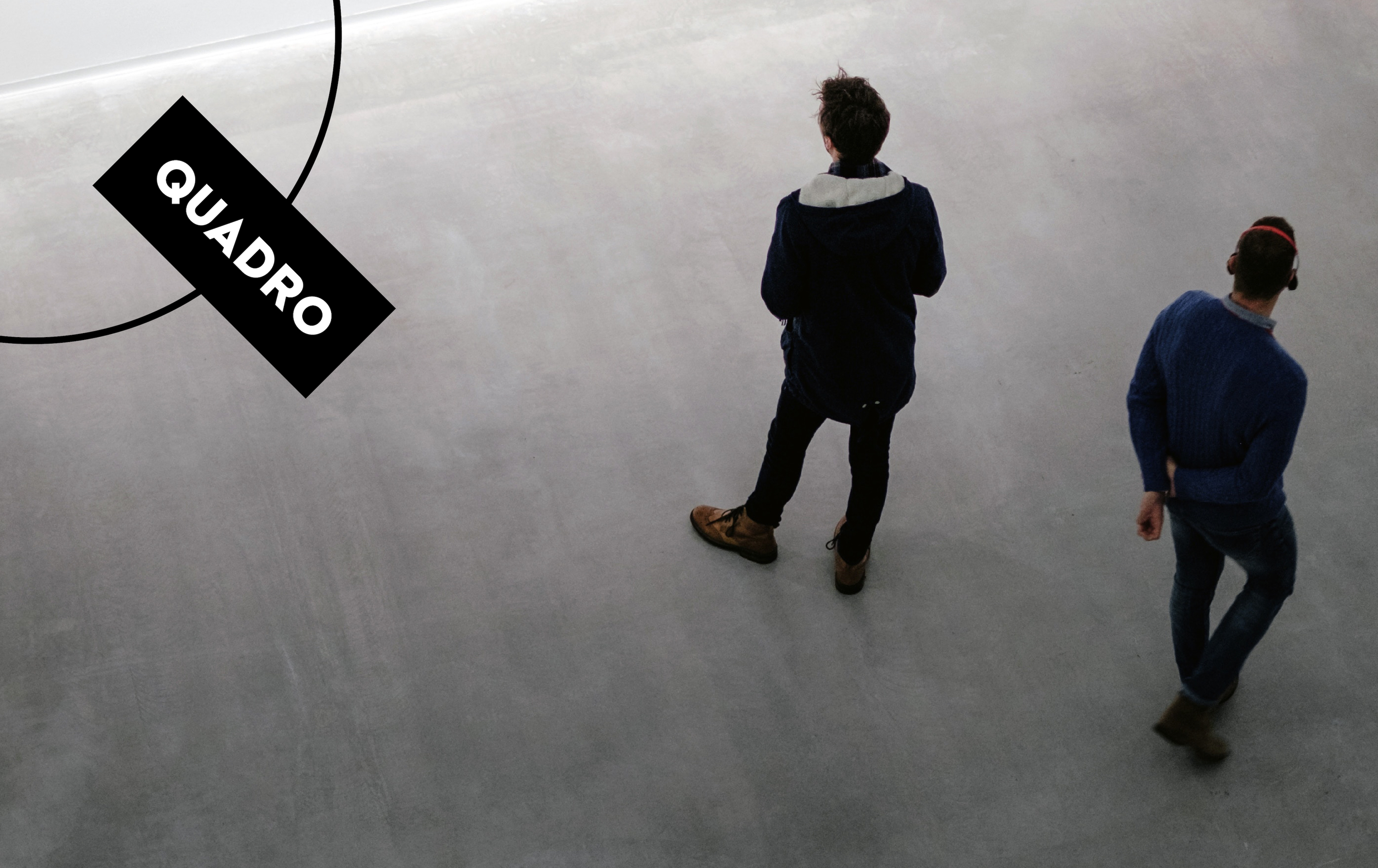 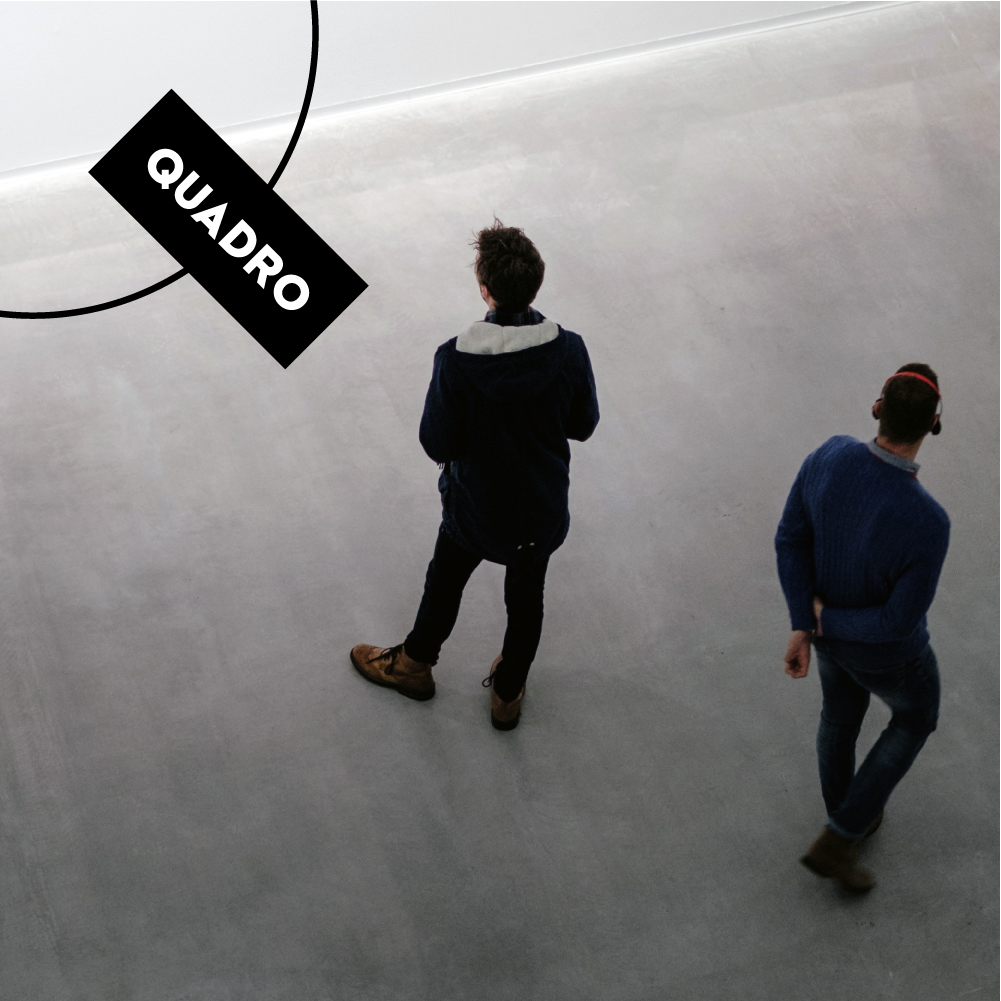 Dialogue. Hours and hours spent talking about their past, their goals, the current consumer’s perception of the gallery. It was a challenge for us to understand the many layers of 10 years of cultural activity. To understand what this maturity means, what is the context that we need to build on, but also to sensitise ourselves in this creation of a new visual identity, that speaks to the new generation without contradicting their already grounded status as a traditional gallery. Our role in this process didn’t stop at “understanding the target market”. The talks, exercises, brainstorming, and challenging ourselves resulted in helping them re-discover their own values and realize what their aspirations were. 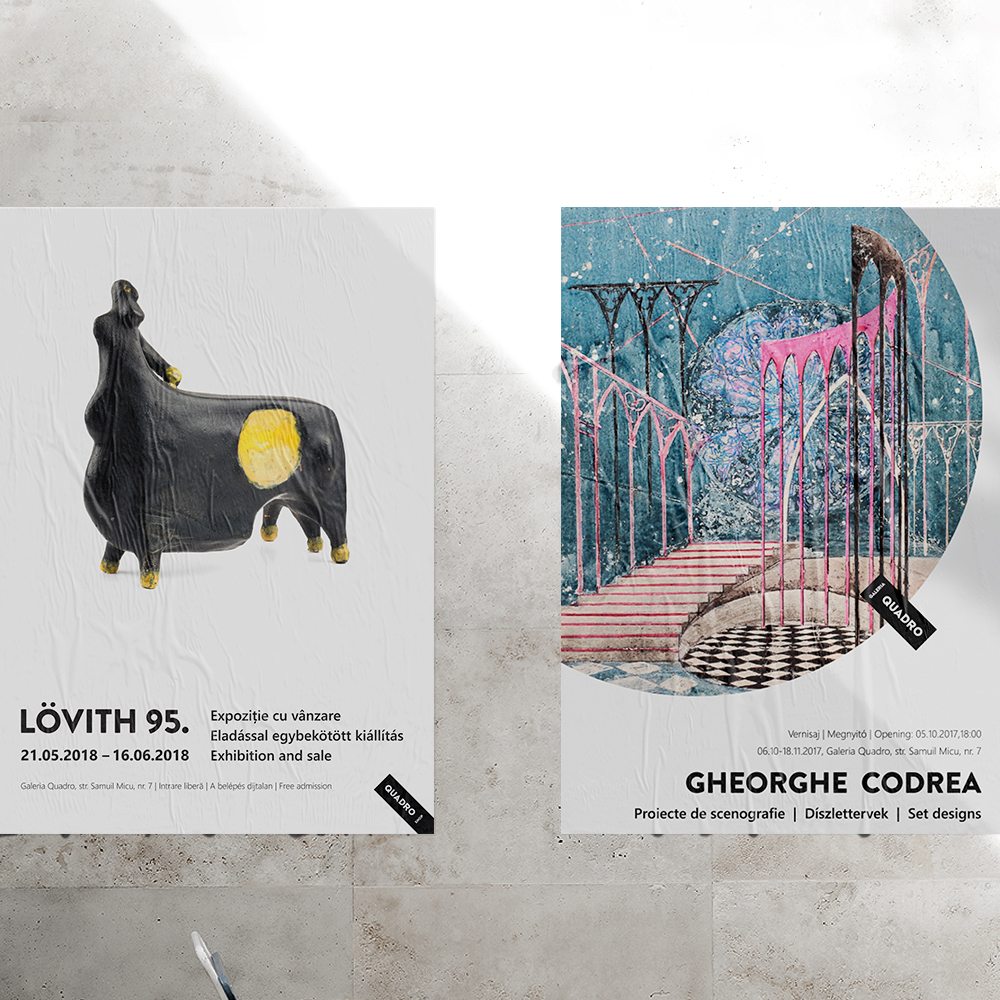 The identity was there, we didn’t want to change it. It was about finding a new context in which to tell the story, one that puts them on the map within the city’s cultural context.

Quadro as a brand had to be repositioned as a “cultural centre”, within which 3 sub-brands appear: Quadro Gallery, Quadro 21 Gallery (its contemporary sibling) and Quadro Shop, this latter somewhat as a backdrop, that nonetheless strengthens the centre’s position as a location for casual, pastime activity. There were already some confusions about these three brands, the contemporary gallery, for example, existed under a different name. The key was to simplify and refocus how these three co-existed, in a way that allowed each brand to put its values to the table, and to communicate towards a broader audience. Or, as they formulated it: “you helped us greatly in understanding the situation we were in, from where we could not recognize neither our strengths, nor our possibilities”.

When thinking about their visual identity, it was key to maintain the gallery’s role as a framework for displaying art and promoting artists. Quadro had to be a label of “quality” that encompasses the values they stand for but everything they did served primarily the artists they represented, it was their main focus to put the artworks in the spotlight. This position was our guiding principle.

The central idea was basic: Quadro is a label. Quadro Gallery is a frame, but also an unusual one. A peephole. A spotlight. Quadro 21 is a bit twisted, the weirder sibling, open to contradictions, different directions, the curious one. It comes from the feeling of a bold brush stroke or a stencil, but done with respect toward the rules that the Gallery context sets. The shop in itself adheres to the central identity without wanting to gain much of the attention.